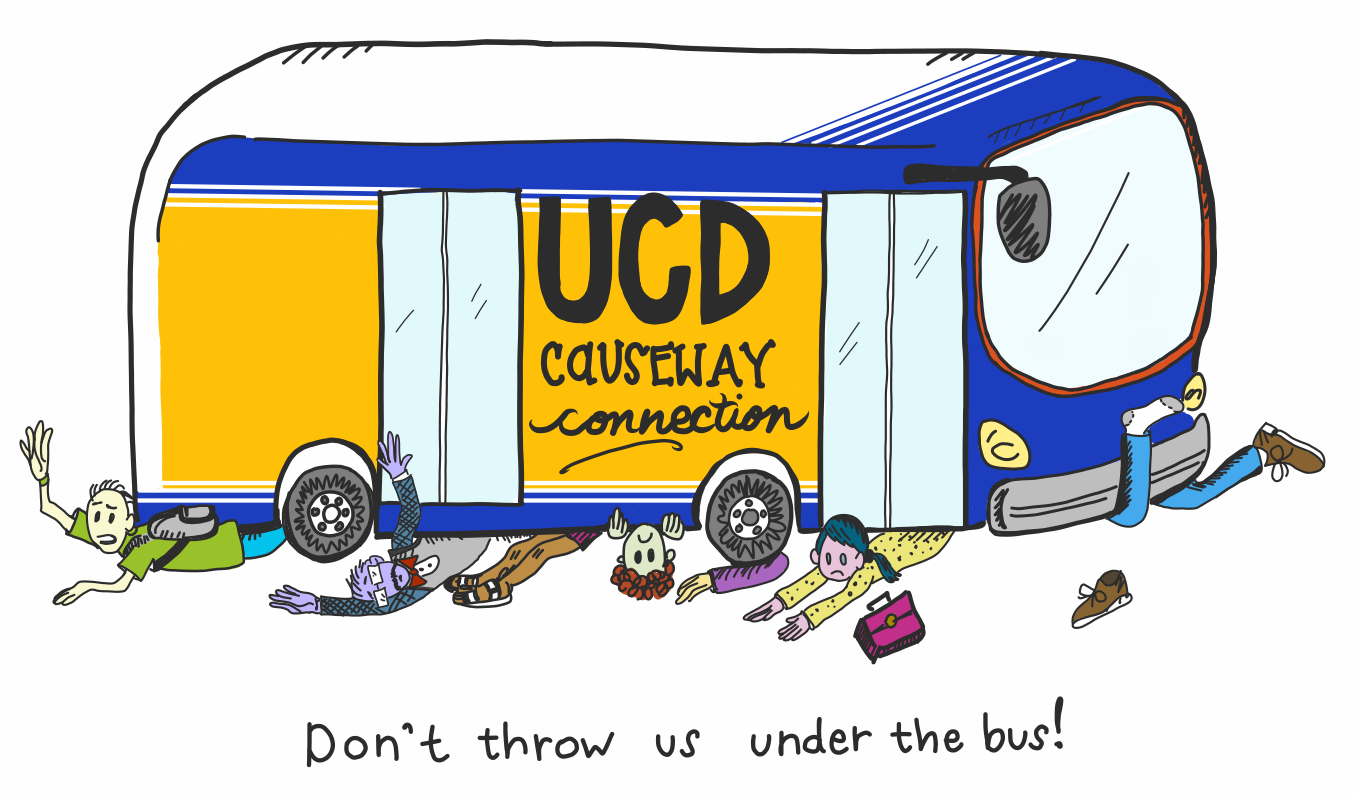 SacRT and YCTD Board Members,

I have ridden the UCD Intercampus Shuttle daily for the last 4.5 years. Neither my wife nor I own a car and I either walk, bicycle, or use mass transit to get everywhere I need to go in life and have done so for 18 years. I accepted my job at UC Davis and chose my home location in Sacramento based on the fact that there is a flexible hourly direct transit option from the UCD Med Center to the UCD campus. This is a service UCD has offered to their employees consistently for over 30 years, which is by now inherently an employee benefit. This allows my wife and I to have good jobs in the two cities, although the commute for me is still just tolerable.

Unfortunately, UC Davis is abandoning me and upwards of 500 other students, staff, faculty, and patients by eliminating this shuttle as we know it.

I am an ardent supporter of public and private efforts to reduce the number of cars in our transportation system by introducing options that are better, more convenient, and more affordable than driving an automobile. The most obvious and maximally impactful solution for lowering emissions, reducing traffic congestion, reducing traffic fatalities, and increasing people's travel happiness is removing single occupancy vehicles from the road in favor of mass transit. For example, moving a passenger from a single occupancy vehicle to a diesel bus reduces per person total emissions 9 times more than switching a passenger from a diesel bus to an electric bus [1].

Unfortunately, there is no evidence that the proposed elimination of UCD's Intercampus Shuttle will reduce the number of cars. In fact, the riders' anecdotal and emerging objective evidence points to many of the 500 shuttle riders finding other ways to get across the causeway, most likely in single occupancy vehicles. SacRT and YCTD are banking almost completely on UCD providing 500 weekly riders and more than $600,000 per year to subsidize this public route.

People chose among commute options based on a large set of factors, some of which are transit frequency and transit power energy source. But research shows that commute duration is a vastly larger concern than frequency, especially for travel between cities [2]. Research also shows that happiness in one's commute is a large factor in choosing the commute option [3] [4]. For better or worse, private shuttles for workers are consistently rated better than public options for happiness and preference [2]. The good thing is that any well occupied bus, public or private, is removing cars from the roads.

With this research in mind, UC Davis did zero investigation of the 500+ current shuttle riders to determine whether they would prefer the proposed new transit route before they made seemingly immovable decisions that drastically affect mine and the other riders' lives. SacRT, YCTD, the City of Sacramento, and the City of Davis followed suit and collected little to no hard evidence to support their claims that making the change as proposed will decrease vehicles on the causeway or make for a better commute for the likely riders. The parties involved have now been awarded millions of public dollars with virtually no evidence to back their inflated claims in the associated grant proposals. This is not how public agencies and research universities should be making decisions. As a professor that explicitly trains engineers to stick to evidence informed decision making, it is shameful that the agencies involved would violate this social contract with the public, their students, and their employees.

I do not yet understand why UC Davis, SacRT, YCTD, and the cities' leadership are so fixated on this exact proposed plan when hundreds of current shuttle riders have repeatedly and clearly expressed how this plan will negatively affect them. Two hundred of the ~500 current riders concerns are expressed in detail at our website:

Nearly 600 individuals have signed their names to the letter to express their support for the terms outlined there. Chancellor May and Vice Chancellor Lubarsky, Health Campus CEO, did not respond directly to our letter and have seemingly dismissed our requests of retaining the shuttle and having seats at the decision making table.

If they and you gave us a seat at that table, we could discuss the many alternatives that are both better for the public and for the current shuttle riders. Why the involved agencies are not considering these is unbeknownst to me and the other riders. For example, here are some alternatives that should satisfy all concerned parties:

All of these options and more are possible. The leaders can make changes without enraging the current riders and causing them to find other transportation across the causeway or, even worse, quitting their jobs.

The concerned 200+ riders have reached out directly to Chancellor May and Vice Chancellor Lubarsky over a week ago. Both have dismissed our letter and concerns for all intents and purposes. We do not understand why the Chancellors have so little regard for their staff's, students', faculty's, and patients' opinions. Chancellor May, just last week, addressed 500 other employee's concern about lack of pay almost instantly yet we only get to talk to the Chancellor's stonewalling government relations officer. We are not government! We are UCD's employees and students.

SacRT and YCTD still have a chance to be outstanding public agencies by postponing the decisions that will result in the elimination of the UCD Intercampus Shuttle and telling UC Davis that they must address the riders' concerns. With this extended time and a requirement to include the riders in decision making, surely an alternative solution that suits all parties involved (including the actual riders) can be reached, likely with a design that makes transit better for everyone across the causeway. I plead with the transit agencies to do this for me, the existing 500+ riders, and potential future riders.