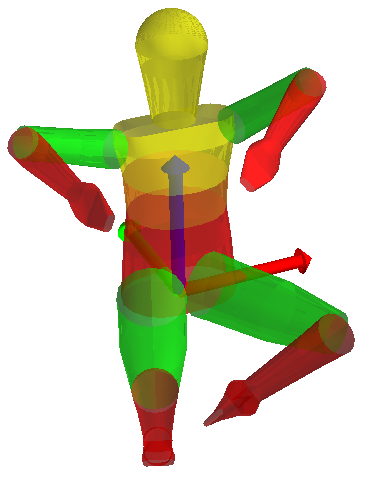 I recently attended SciPy 2013 where I gave a couple of talks. The second talk was our first public showing of Yeadon, our Python package which implements Fred Yeadon's popular method of estimating the body segment parameters (mass, center of mass, and inertia) of a human. Chris visited our lab as an intern in the summer of 2011 and spent part of his time writing this package which I then used to estimate the inertia of a bicycle rider in my dissertation work. Over the past couple of years we've worked on the software here and there and now have a really nice little package. We released the 1.0 version just in time for the conference.

The video of the conference talk is below:

You can get the software and learn how to use it from the standard places:

And there is also a screencast on using the GUI that Chris put together for the 1.0 release: