Motion Analysis of a Bicyclist 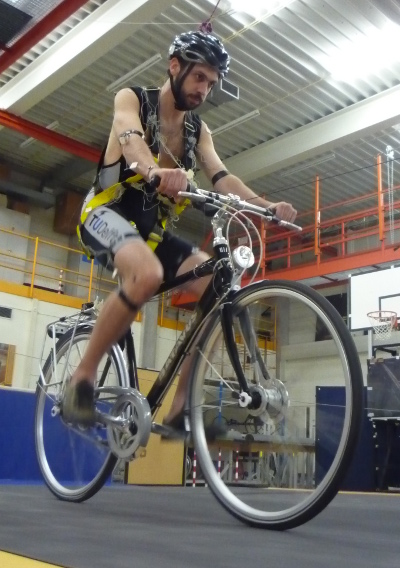 We measured the kinematics of a bicycle and rider during typical riding maneuvers on a treadmill using motion capture technologies. Our main findings came from analyzing the data using principal component analysis to characterize the dominant motions in control.

Motion capture data from three subjects performing a variety of maneuvers and different speeds can be downloaded from Figshare.

The software used to process the data for the publications can be found here:

It includes Matlab and Python analysis scripts and an interactive Matlab GUI.

This video shows an animation of the markers while one subject rides without their hands on the handlebars.

This is a video of a run.

This is a video of a Dutch television show that did a piece on the work: