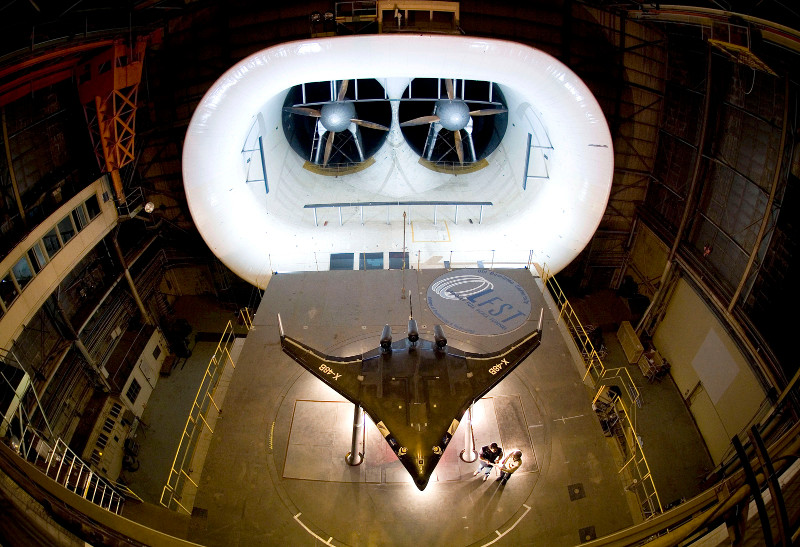 As a design engineer at the Langley Full Scale Tunnel (NASA Langley's 30' x 60' wind tunnel) I designed a full scale automotive balance to measure lift and drag forces/moments as well as other anscilary design and fabrication tasks.

My senior design project advisor, Dr. Drew Landman, at Old Dominion University offered me a unique internship opportunity at NASA Langley's Full Scale Tunnel the summer after I had finished my major coursework at ODU[1]. The tunnel was opened in 1931 and has a long and notable history in the field of aeronautics but by the end of the century NASA's activities at the Full Scale Tunnel, or 30 x 60, had ramped down to almost nothing. At this point, Dean James Cross at ODU negotiated a deal with NASA to operate the tunnel for research and teaching purposes and their business plan included funding the operations by selling wind tunnel time to racecar teams, primarily NASCAR[2]. This allowed many students to work with testing equipment that was typically well out of reach and I was one of the fortunate to spend some time there. These fact sheets give more info about the tunnel: one, two. 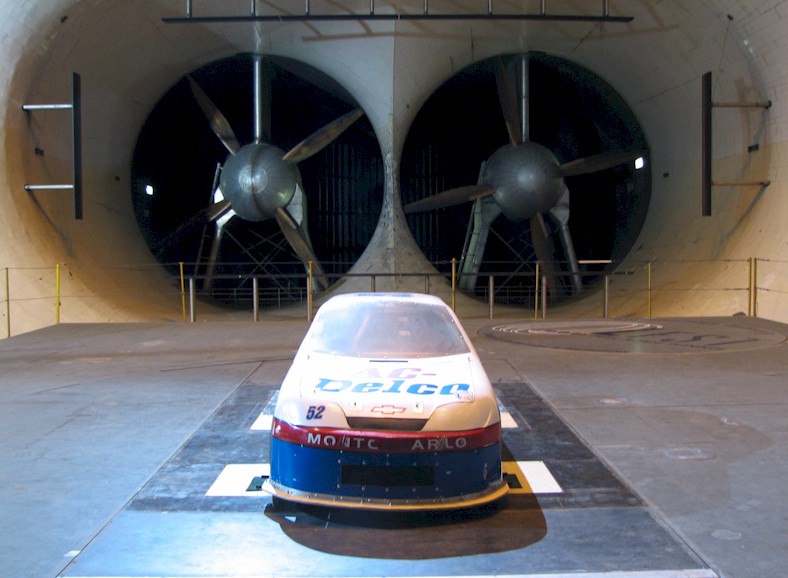 I worked at the tunnel from June 2004 to August 2005 in both part-time and full-time positions. My primary task under Dr. Landman's guidance was to design a full scale automotive balance that could measure all six degrees of force (three forces and three moments) acting on the car while under aerodynamic load. The wind tunnel had a 30' x 60' open cross section with wind speeds approaching 100 mph. Dr. Landman had designed and oversaw the construction of the first balance used in the full scale tunnel some years before I arrived but it couldn't measure all of the forces and moments. So we designed a new balance that could measure everything to keep up with the competition from other racecar wind tunnels. But just as we had finished the design, the powers that be shut down the project. Luckily, Dr. Landman was able to negotiate a cheaper alternative based in the 14' x 22' subsonic tunnel and we proceeded with the project and redesigned the balance with slightly fewer force measuring capabilities to save money. 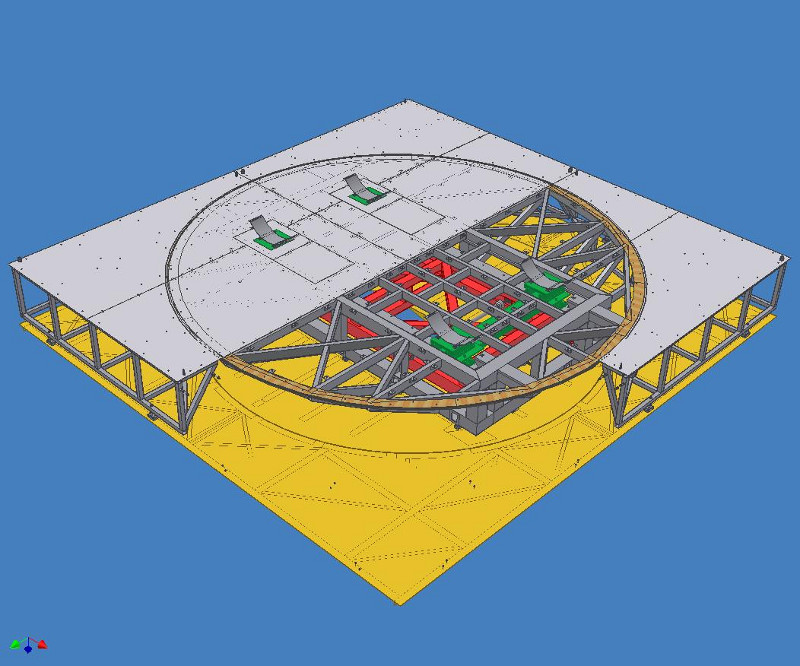 A CAD model rendering of the full final balance design mounted to the top of the 14' x 22' turn table system.

I modeled the structural details using Autodesk's Inventor software package and wrote a detailed stress report for NASA qualification on every critical nut and bolt in the assembly using standard stress analyses practices and FEA analysis based on ANSYS which was provided with the Inventor software. 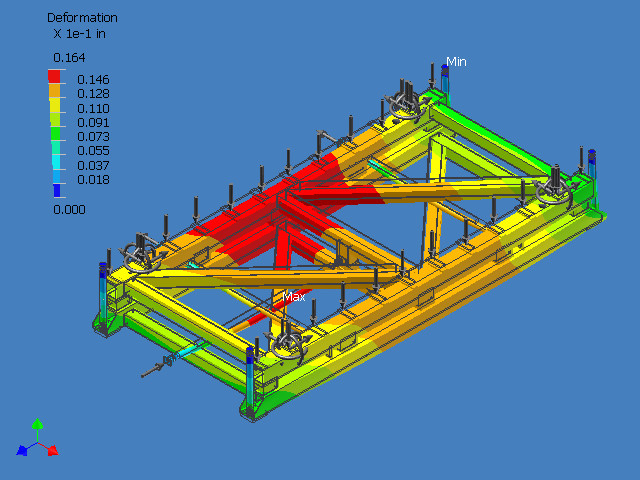 An image from the stress analyses report showing overall deformation of the metric portion of the balance while under maximum loading. One of the three horizontal load cell rods showing the flexures and overload protection.

I also drew up detailed part and cut lists working directly with fabricators on the construction details. Unfortunately, I moved away to grad school before ever seeing the whole thing assembled and put into practice. But I did finally drop by in December 2007 and got to see the completed balance. The balance was used for testing for some time at the 14' x 22' tunnel, but the competitors rolling road balances quickly made our balance obsolete. 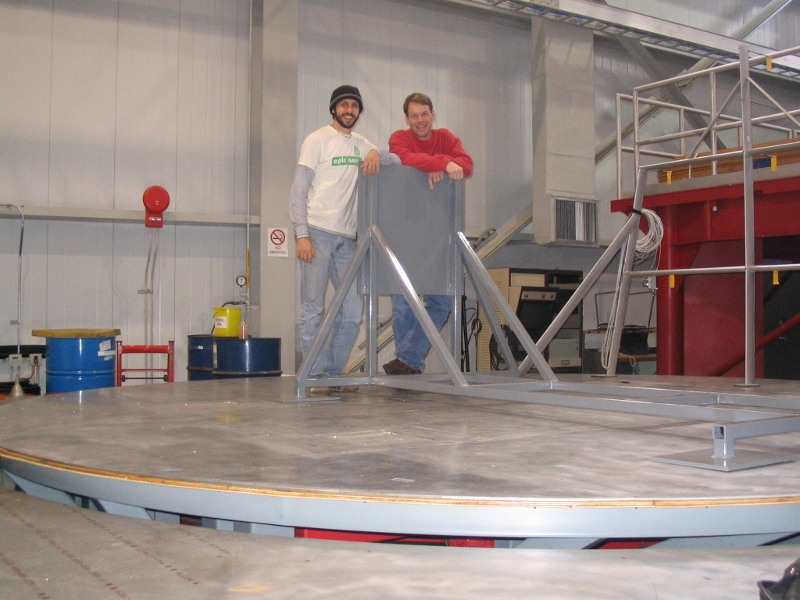 Drew and I standing on the finished balance at the 14' x 22' wind tunnel.

Sadly, the Full Scale Tunnel was demolished in 2011 but not after a long and prosperous life.

The following gives a brief over view of my work at LFST: