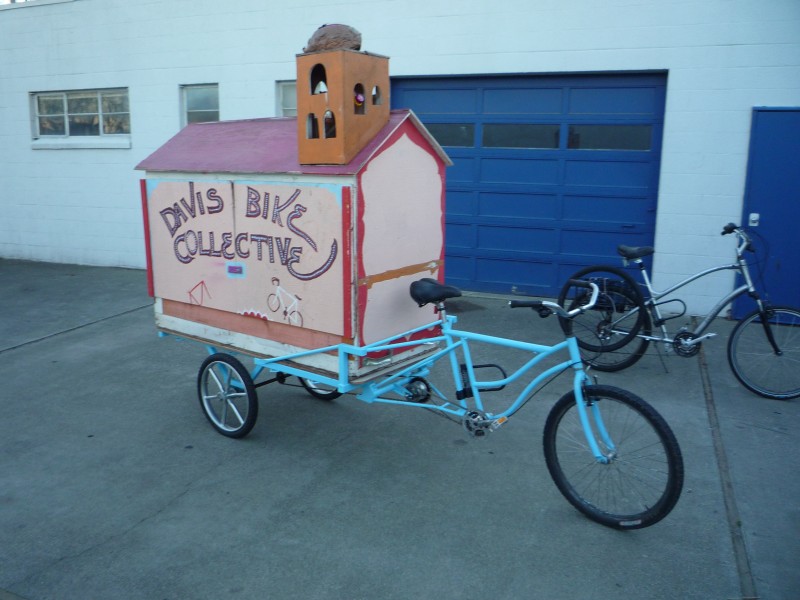 The Mobile Ministry Unit is the Davis Bike Collective's mobile tool station that is used for publicity, events, and cargo hauling. Ted Buehler created it in 2007 as a trailer and it went through several different forms over the years. Peter Wagner worked on two of the transformations too which were really fun. Matt and I went to India in 2010 and returned inspired to transform it one more time into an Indian style cargo rickshaw. We spent several weekends and evenings modifying an existing tricycle frame with a new flat bed. Photos of the transformations and our build session give an idea of what went on.